Hi everyone, my name is Christoph Loy aka beatbrot and today I’ll show you what I’ve been working on the last four months: the Open GApps App!

Open GApps packages are downloaded via the OpenGApps.org website. The user has to select the architecture, the Android-version as well as the variant. Afterwards, the user has to enter recovery and flash the file. Our goal was to simplify these steps even more with our new Open GApps App. While the app still allows to select every possible GApps package, we tried to simplify this process even more, using a wizard. 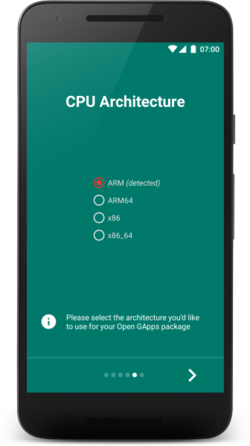 Using the wizard we can detect the device’s properties and older installations. That enables the app to recommend an appropriate package. It simplifies the process for beginners while still providing all the options to power users. 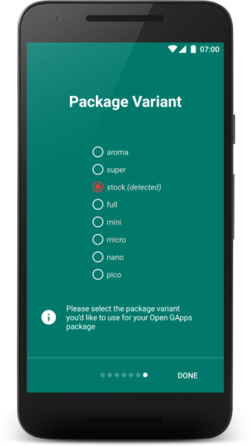 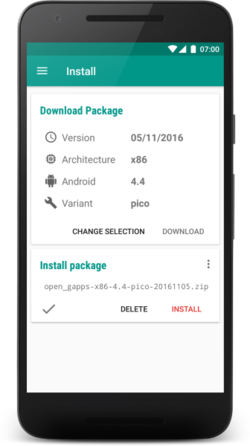 Another feature of the app that simplifies the life of its users is automatic MD5-Checking as well as automatic flashing via TWRP (if the user chooses to grant root access to the app). With this approach, we can ensure that the zips aren’t corrupt and also help to automate the process of flashing the GApps package. Another thing we did for our power users was including the VersionLog for each package. With the app users can opt in to automatically fetch the VersionLog with their GApps package. 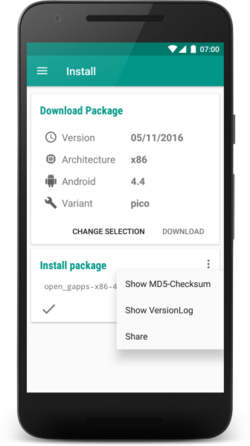 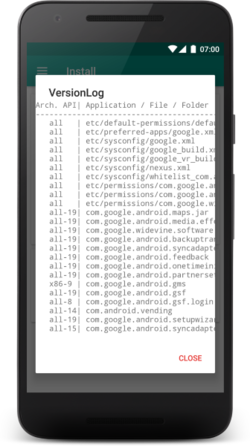 Developing the app was a very challenging but interesting endeavor. I would like to share some background and experiences I encountered during the development.

At the moment I am a student Computer Science. While I already had several programming courses at university, I never had a course for Android Development, neither had I ever programmed an Android app.

I was interested in trying to develop an Android app and first I thought about a Recovery Manager app. I wanted it to have GApps downloading included, so I approached Maarten for permission to automatically download OpenGApps.org packages. He asked me if I’d be interested in developing it as an official Open GApps App. I quickly agreed as I saw this as a huge opportunity. While writing the first few lines of code that I wrote were completely new to me, it also was great fun, as I got into exploring all the details about Android app architecture. Luckily my previous Java experience helped me a lot. Near the final release Ashish joined us and thanks to his experience, we were able to greatly improve some things for this initial release. While 1.0 was mostly my work, he will probably contribute a lot to future versions.

During the development of the app, I had the chance to gather some great experiences that I want to share here

The Not So Good

However, also some challenges appear that were hard to tackle for a beginner like me.

As you saw, I started this project with zero experience in app development. However, thanks to the help of Open GApps Team I learned a lot of stuff and got a lot of experience with android development as well as working in a team. And additionally I was able to contribute to one of my favorite projects out there. I can only recommend everyone doing the same. Find a project you like and ask if you can contribute. It’s a unique experience which you totally wouldn’t get from a regular company via an internship or anything similar.